Besides container services, we offering loading / offloading, handling, warehousing services in either closed/unclosed warehouses for Break Bulk cargoes (Cotton, Metal Ingots, Scrap Metals, Grains and etc.) There are suitable facilities and warehouses in Bandar Imam Khomeini and Bandar Abbas for the shipments over 10000 MT which makes these two ports well-equipped for large volume cargoes.

Although in most services we offer to our customers this service, we prefer to move goods promptly as Direct Transportation and we try to carrycargoes without any delay by booking vehicles in advance but sometimes it is required to store goods in a depot and warehouses in entering or exiting customs.

LOGISTIX has extensive experience in the management of warehousing, distribution, and export packing services. Our facilities, meeting all quality standards, coupled with operating procedures, provide you with safe, reliable and consistent Logistics & Distribution services.

Concerning this fact that there is a large volume of cotton being transited via Iran by rail or truck from CIS to Bandar Abbas and from Bandar Abbas to all around the world, KGP Co is pleased to advise you the required facilities.All the warehouses are under the control of Custom House. One of our great facilities is to move project, large volume & overweight cargo in our warehouses.
Hangar warehouses are specialized for storing cotton. Cotton is too flammable and should be stored in special condition and only in Hangar warehouses. One of the advantages of these warehouses is that the cargo which is stored in such warehouses are insured from the time cargo is entered into the warehouse until it is picked up. KGP co. will pay all insurance charges. All warehousing charges will be charged after passing 30 days free time. Cotton is stuff in a definite place according to the certificate No. The purpose of such division is to prevent any problem or mistake while the cargo is being loaded to be transited.

There is Special warehouses for scrap metal and worthless cargoes in B.Abbas In this warehouses the goods are stored in secured places. We have modern facilities of storing goods that is considered a good privilege for our customers and business partners.Warehousing Services for Grains KGP Group owns special warehouses for cargoes like Sugar, grains, etc.
The cargoes such as sugar and grains should be necessarily stored into closed warehouses. We have concluded different contracts with governmental and non-governmental warehouses in B.Abbas. All the cargoes which are entered into these warehouses are insured and safe enough with guard. We have also the possibility of discharging the cargo from the ship and barges and move them to the closed warehouses and store them. Finally if it is needed we will move them by truck to the final destinations.According to our experience, we discharge the cargo from the ship orbarge in definite free time which is advised by the shipping line in order to avoid any shipping line demurrage or any other charges.

KGP have Special warehouses for Cars too. We have warehouses specified for storing cars. 1000 units’ car can be stored into our warehouses which is kept by guard round the clock.

We offer our services for carriage of the metal ingot from CIS countries to different places of the India, Pakistan, and all Europe countries areas. Our services include transit custom formalities at Iran borders like Sarakhs, Lotf Abad, Bajgiran, Inche Boron and all other borders that you desire. Also we offer booking, reloading, sealing or returning of the container to CY line. THC operations, issuing house bill of Lading, receiving the MBL from the line and send by courier to the finally delivering of your commodity or arranging for telex releasing massage.

All kind of warehouse:

1. Covered warehouse for hazardous goods.
2. Covered warehouse which has roofs but its four sides are open and also it doesn’t
have any wall.
3. Open warehouse (especially for machineries and heavy equipment’s without any
need to be protected against sunlight and rain.
The cargos in warehouses are assigned by different codes in different ways.
Different places for warehouses in B.Abbas port;
1-Warehouse for general cargos for long period.
2-Warehouse for transiting shipmentsStowage formalities:
-Stowage of bales: Before stowage, a row of absorber will be put on the floor and then
bales will be stowed totally.
-Stowage of cartons: First absorber is placed, and then they arrange on each other .They
should be arranged in a form which avoids moving the cartons to the sides.
-Stowage of wooden shelves: As the cargo is visible from outside so an absorber should
be set between each two packages and the light cargoes should be arranged on them in
order to avoid damages.
-Stowage of cases: one package on another, without absorber on the floor.
-Stowage of vats: It should be considered that the middle part of vats is fragile, so they
should be arranged in a form which don’t contact with floor.
-Stowage of cylinders: They are put on the deck horizontal in order to avoid contacting
with the vessel’s sides.
-Stowage of drums: absorber is used in this form and they stacked in vertical form.
– Stowage of spools: The best place for stowage of heavy spools is the lower holds of
vessel, and should be stacked in a form which their axis is parallel with width not to cut
the control wires.

Send Us A Message

The following goods are standing under quarantine-control.     * 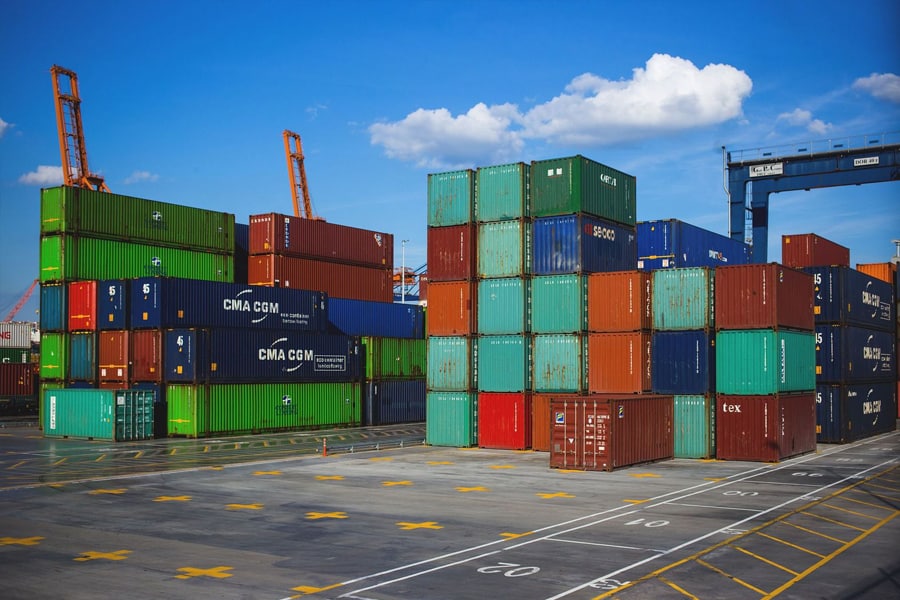 Found in 1994 in Mashhad-Iran, our Company is a professional transportation co. associated with an international group of partners located strategically around the country and globe.